In the late nineteenth century, leaders of the Roanoke Baptist Association envisioned the establishment of a Baptist school to educate the youth of Pittsylvania County.

Two visionary Chatham businessmen, Jesse H. Hargrave and his son, John Hunt Hargrave, put flesh to the dream, purchased 36 acres of land as well as a house and joined with the Reverend T. Ryland Sanford, Pastor of Chatham Baptist Church, to establish Chatham Training School in September 1909.  The school opened with 17 boarding students and 18 day students under the direction of Headmaster Charles Warren.

On July 18, 1911, Chatham Training School was granted its formal charter by the Commonwealth of Virginia, and the Reverend Sanford was elected as the school’s first president.  In 1918, he was succeeded by Aubrey  H. Camden, the Dean of Students.    In response to the nation’s participation in the First World War and the appeals of both parents and students, military training was approved as an integral part of Hargrave’s curriculum.

In the fitting words of President Camden, “Divine in precept, militant in name, gallant in spirit, rich in knowledge, Hargrave Military Academy manned with virtuous workers and entrusted with the men of tomorrow, stands to inspire its alumni and to be honorable unto God.” 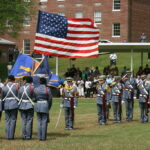 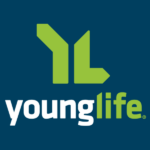 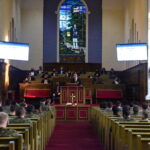 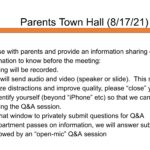 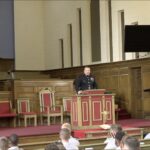 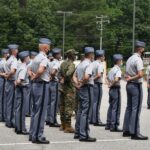