With the calendar flipping to 2023 the New Year is starting off with a bang for the Hargrave Tigers as they find themselves gearing up for a stretch that includes 7 games between January 10th and January 20th which features four premier matchups away from historic Walter Davis Gymnasium as the Tigers look to build on their 19-0 start.

On January 13th and 14th, Hargrave makes a trip up north to the birthplace of basketball, Springfield, Massachusetts, to compete in the Hoophall Classic. Friday’s (January 13th) contest pits the nationally-ranked #2 Tigers against the #4 team in the country, Southern California Academy, and Saturday’s (January 14th) game will be against St. Andrew’s School of Rhode Island, a perennial NEPSAC-AA contender.

Monday, January 16th, features a rematch against the Tigers’ biggest rival, Fork Union Military Academy, inside one of college basketball’s most famed venues, Cameron Indoor Stadium, on the campus of Duke University! The next chapter in prep basketball’s most storied rivalry is set for an approximate tip-off time of 5:30 PM, the fourth game of the day’s event. Back on December 10th, Hargrave picked off Fork Union, 84-77, at Fork Union to take home the championship of the FUMA Christmas Tournament. Tickets for the Durham MLK Classic can be purchased at the following link, or by using the QR code in the event graphic featured below!

Right in the middle of this seven game stretch, the Tigers have another great opportunity in front of them as they get to compete in another one of college basketball’s most famed and revered venues, the Dean E. Smith Center, more formally known as the Dean Dome! Hargrave is set to face the University of North Carolina’s JV team on Tuesday, January 17th, with a 3:45 PM tip-off.

The opening stretch to 2023 is a daunting one on paper for the Tigers but based on everything this team has shown in the first semester, they’ll be ready for the challenge! 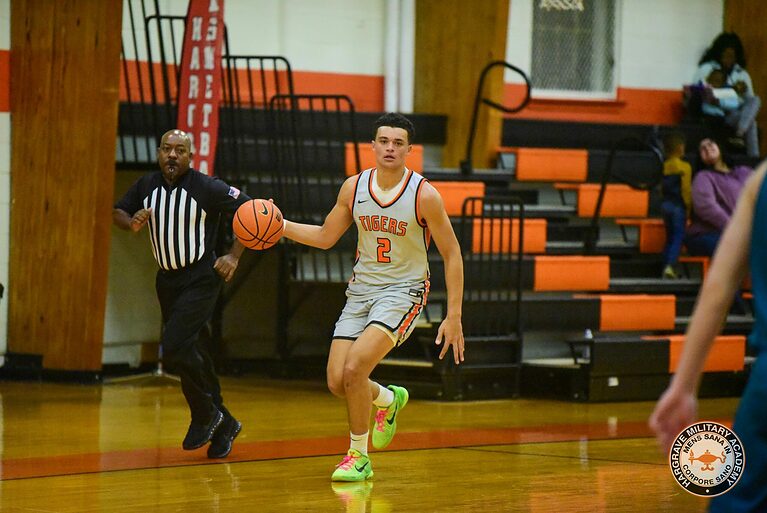