Today, Hargrave Military Academy announces that Jeremy Eubank has stepped down from his role as Head Varsity Soccer and Track Coach. Jeremy will take on a new role as the Athletic Director and Head Varsity Soccer Coach at Chatham Hall. During his seven-year tenure, the Soccer program has hit some historical milestones, with players receiving United Soccer Academic and Athletic honors and excelling in collegiate Soccer and Track programs.

“I am grateful for the opportunity Hargrave has given me the past seven years. I want to thank our cadets, their families, faculty, and staff for their support that helped us create such a special environment at Hargrave,” stated Eubank.

“We are extremely grateful for everything Coach Eubank has done for the Academy during his time here,” remarked Hargrave’s Athletic Director, Ben Veshi. “Jeremy has been a close friend and confidant of mine over the years, and it will be weird being at Hargrave without him here. I’m very proud of everything he has accomplished, both on the soccer pitch and the track. Jeremy has taken two of our athletic programs to new heights, and he has set the bar very high for the entire Hargrave coaching staff.”

Hargrave is pleased to announce Eubank’s successor, Chandler Pribble, as the next Soccer Program Director at Hargrave. Pribble will assume his athletic duties this summer and will also teach at the Academy. Pribble was a decorated player under Eubank at Altavista High School. During his junior and senior years, he earned Team MVP, First Time All Dogwood District, Second Team All Region, and a Conference 44 Championship. He was recruited by Greensboro College, where he played for two years before transferring to Randolph College.

“I’m very excited for this opportunity and to be entrusted with the program that Coach Eubank has built the last seven years,” said Pribble. When asked what Pribble was looking forward to the most, he stated, “Following what Coach Eubank has built will be challenging, but I am looking forward to getting started with the Academy. We will take a tactical approach to our training and focus on player development on and off the field. I want to build on the foundation that he has established while maintaining a balance on the field.”

Hargrave will add a full-size practice field for the year-round program, complementing the pre-existing strength and conditioning resources on campus: an Olympic-sized pool and a newly renovated weight room. Additionally, the varsity team will be sporting new uniforms when they retake the pitch in the fall. The Tigers open with preseason training camp on August 13 as the program embarks on the Chandler Pribble era of Hargrave Soccer! 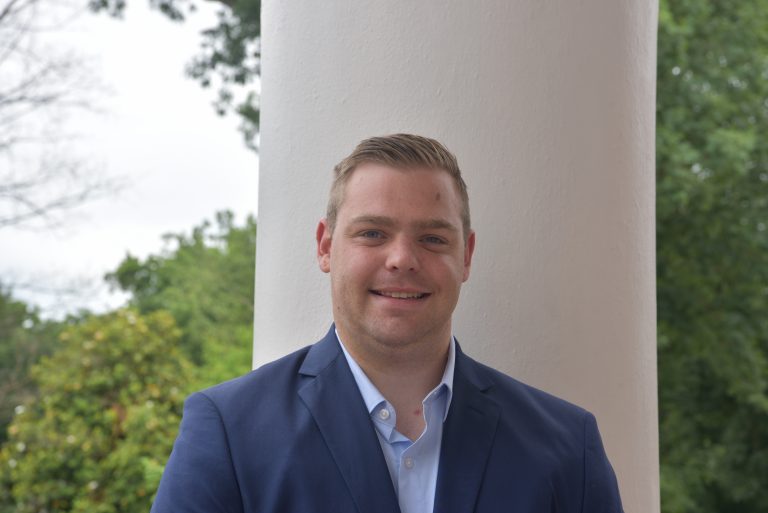